Read through the most famous quotes from Diane Abbott

You can't defend the indefensible - anything you say sounds self-serving and hypocritical. ↗

Families are struggling against a tide of junk information on junk food. ↗

I'm not thick-skinned at all, and of course I'm hurt by people attacking me as a person. ↗

Outsiders often have an insight that an insider doesn't quite have. ↗

Abortion is an issue of conscience for the Labour party. ↗

Because when you watch U.S. television, all the presenters and reporters, they're all out of central casting. ↗

Finally, there's a sense in which I look at this Westminster village and London intelligentsia as an outsider. ↗

Gun crime is a major cause of fear and distress throughout the UK. The problem is deeply entrenched in a wide range of social and cultural factors and therefore not an isolated issue. ↗

I believe every abortion is a tragedy. ↗

#believe #every #i #i believe #tragedy

Mental health is often missing from public health debates even though it's critical to wellbeing. ↗ 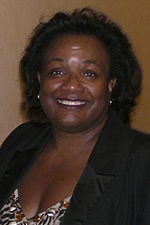 Did you know about Diane Abbott?

The secretary of the all-party Finland group of MPs Conservative Ian Bruce responded by accusing her of using racial stereotypes adding: "All Scandinavian countries have people from African and Caribbean countries living there. Abbott was later appointed Shadow Minister for Public Health by Ed Miliband taking shadow responsibility for a range of issues including children's health maternity services sexual health tobacco nursing obesity and alcohol abuse. On the issue of abortion Abbott has become a vocal ‘pro-choice’ supporter opposing moves towards changing abortion counselling policy and reducing the abortion time limit.

Diane Julie Abbott (born 27 September 1953) is a British Labour Party politician who has been the Member of Parliament (MP) for Hackney North and Stoke Newington since 1987 when Diane Abbott became the first black woman to be elected to the House of Commons.